G. Elizabeth LeBlanc has done it again. She has finished her latest book and is in the process of getting it published. Please check back here for more information on this extraordinary story. Check the synopsis below.

“Under the Radar – A True Story”

This book is the biography of a woman who discovered that she was a “Black Market” baby. She could have been the girl next door, the woman who worked in the next cubicle; she could have been anyone. In fact, some of your friends could be hiding a secret as Lee Ann has. With this discovery comes shame, depression, inferiority, rebellion and lastly the difficulty to love and be loved.  They yearn for it but don’t know what it is.  They may search for their mother but with no records and no legal agreements, they feel lost.

Lee Ann’s adoption papers signed by her biological and adopted mothers were never completed. There was an exchange of money between the two women but no attorney ever filed the legal documents.  Her biological mother believed that her baby daughter had been legally adopted because she had signed the adoption papers.  The father named on the birth certificate never signed papers because he wasn’t her biological father. He had fallen in love with the young pregnant woman who had no one and wanted to give the baby a name.  Her “adoptive” parents were not married. She was truly raised in a dysfunctional family atmosphere.  Lee Ann discovered what her legal name was at seventeen: it was the third name she’d had since she was a baby.  But this third name was really hers… her legal name.   Finally, she knew why she felt as if she never belonged and why she was treated the way she was.  For so long, she felt that was why her life had begun to unravel.  When the abuse started at age nine; she had no idea what had happened. Her life was a rollercoaster of lies and abuse, however, through it all that happened through her life, she managed to receive two beautiful gifts from God

This story is reflective; based on real, and thought-provoking events that happened in a woman’s life.  It reveals the choices that she made out of desperation:  her own two daughters and what she did to better herself and be able to provide for her family.  Her “adoptive mother” refused to acknowledge her at one point in her life and then they eventually reunited because of the two granddaughters.  Now, she seeks her birth mother and my goal is to give her some closure to her past and allow those wounds to heal.  Blending her life with her biological family and the hope for acceptance will be one way that will happen. It will give her the connection and a feeling of belonging that she has longed for all her life.

This is her story; this is her journey. This was her life “Under the Radar”.

To correspond with G. Elizabeth LeBlanc about this novel please Email at undertheradar2014@yahoo.com 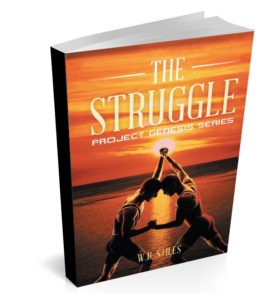